SEKMUN  is a mock United Nations model applies to education organised by the SEK Group. This educational and cultural project is organised by the Felipe Segovia Foundation and SEK International Schools and is possible thanks to the sponsorship of Santander Universidades and collaboration with UNICEF 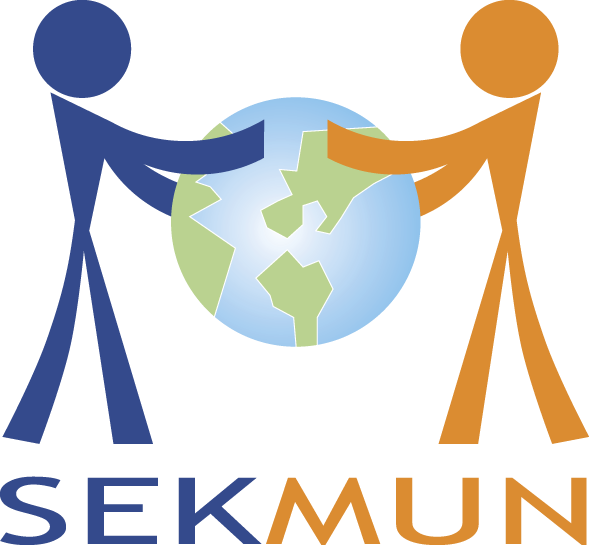 SEKMUN is a mock United Nations model, that helps participants to understand that the best way of resolving problems is through dialogue and negotiation.

In the midst of increasing globalisation, SEK Education Group, the Felipe Segovia Foundation, UNICEF, the UN and Santander Universidades, have committed to this project, where students, in addition to learning about current affairs and international politics, gain an overall vision of the world. Students act as ‘delegates’ of their appointed country, participating in debates, negotiations, drafting documents, speaking in public, deliberating…. Some of the major United Nations bodies are represented: General Assembly, the Security Council, the Human Rights Council, the Economic and Social Council (Ecosoc), the UNICEF executive board and the UNESCO executive board.

The success of the model resides in preparing students in persuasion, oratory, debate, negotiation, and in researching and writing reports on subjects set by the programme. Students represent a country and the event is marked by an atmosphere of tolerance and respect for diversity.

SEK Education Group launched the SEKMUN project with a firm conviction in the value of our mock UN learning models.

These models emerged in Harvard University over 60 years ago. In light of the great academic results obtained thanks to them, these initiatives were extended to other universities, schools and teaching centres. Nowadays, model United Nations are held all over the world.

In Spain, SEK Education Group in collaboration with the Spanish Committee of the Red Cross organised the first SEKMUN in April of 2007. Students from Year 4 secondary school and year 1 Baccalaureate at SEK-El Castillo, SEK-Ciudalcampo, SEK-Atlántico, SEK-Catalunya, SEK-Alborán and other guest international schools are invited to reflect and work on topics related to current affairs and international politics within the framework of the United Nations and will feel they belong to one big family, humanity, with one home, Planet Earth, and that their differences, far from representing a problem, are in fact enriching for society.

Since 2007, SEK Education Group has organised SEKMUN Model United Nations at its schools. They are for Year 4 ESO (Mandatory Secondary Education) students and for Year 1 Baccalaureate students belonging to SEK schools and other invited international schools. Over the course of the model, students reflect and work on current affairs and international politics within the framework of the United Nations, using Spanish and English as their working languages.

The rules of procedure of MiMUN-UCJC have been drawn up along the lines of those of WORLDMUN, an organisation that originated in the University of Harvard, and to which other prestigious universities, such as Yale, Oxford, La Sorbonne et alia also belong.

UCJC has been authorised by UNRIC (United Nations Regional Information Centre) to use the name and the acronym MUN at the university.